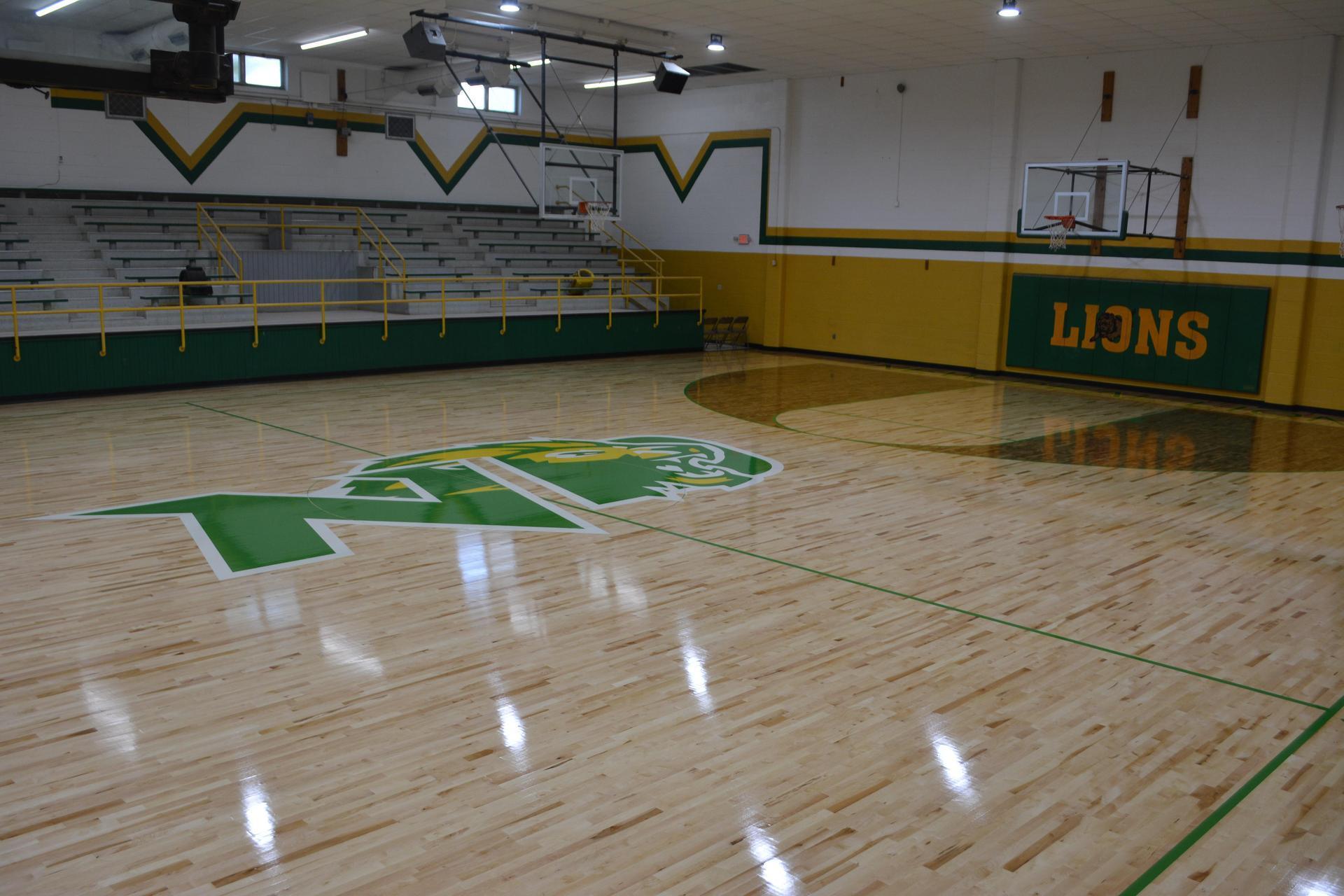 By Charlee Whitfield
On Wednesday, October 21st the Lady Lions began their season with the opening practice. They are super excited for this season and what is to come.
“I am most excited to spend time and win games with my friends, and the seniors. I think it will be a great year if we all work together and just have fun!” said Ghenevieve Vasquez.
The team is hoping to accomplish a lot this year. “I am looking forward to winning another district title and getting to play one last time for my senior year,” said Taylor Gonzales.
The team has many goals that they are determined to reach this year. “We set a goal for us to win district again and make it past the second round of playoffs,” added Taylor Gonzales. The season is in full swing and the Lady Lions couldn’t be happier!

By Camryn Stanton
On Tuesday, November 24th, the varsity girls played against the defending 4A TAPPS state champions, the Trinity Christian Lions. “Going into the game, we knew it wasn’t going to be easy, but we were prepared for a challenge,” said Andee Whitfield when asked how she felt about playing Trinity Christian.
The game started off close with the score at the end of the 1st quarter being 10-8 with Trinity in the lead. Despite not being in the lead starting the 2nd quarter, the Lady Lions came ready to play and only allowed Trinity to score 4 points to their 14. The score going into halftime had the Lady Lions in the lead, 23-14. Going into the game, both teams knew that the other would not go down without a fight. When asked how she felt after half time, Ghenevieve Vasquez said, “It felt good to be on top coming out of the half; however, we knew we would have to play hard during the second half if we wanted to stay on top.”
Coming out of halftime, the energy was high and Trinity came out hot, dropping 24 points in the 3rd quarter. This left the Lady Lions down 2 going into the 4th quarter with a score of 38-36. With the game being so close, it came down to a game of focus. Both teams fought hard and the 4th quarter ended in a tie, with the score being 48-48. The stakes became even higher as the game went into overtime. Throughout overtime, both teams made clutch shots that led to them tying again 60-60 at the end of the first overtime.
The game continued on into a second overtime. Both teams played great defense but unfortunately, Trinity Christian came out on top, beating the Lady Lions 66-64. When asked how she felt after the game, Charlee Whitfield said, “It was a tough loss, but I’m still really proud of how we played. They were a good team, but we played hard every second and that’s what kept us in the game.” 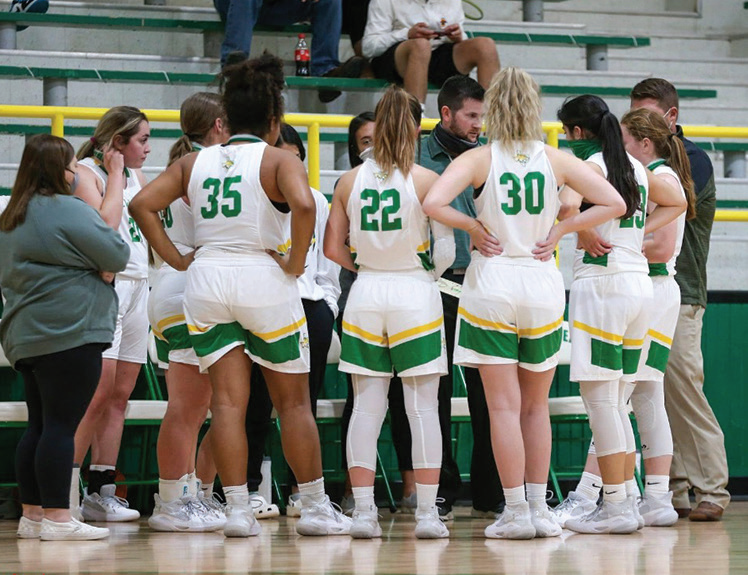 By Charlee Whitfield
On Saturday, November 7th the Lady Lions competed in their season opening game against Meadow. This game was great for working on selflessness and teamwork. During the game the Lady Lions had a total of 20 assists, 33 rebounds, 2 blocks, and 69 points.
“I felt like this game was won because of our teamwork,” said Ghenevieve Vasquez. The team started off strong with more than 20 points just in the first quarter. “The first quarter everyone was on fire, and we were just super excited to be playing again,” said Jaiden Rodriguez.
Throughout the game the Lady Lions kept a big lead, eventually winning the game 69-28. “It was a great team win, and I’m excited for the rest of the season,” said Camryn Stanton. The team played very wel,l and it was a great start to the season.

Ladies take on Morton at home in high scoring game

By Charlee Whitfield
On Saturday, November 14th, the Lady Lions competed in their second home game against Morton. This was a great team win and was a great bounce back from their recent loss. During the game the Lady Lions had a total of 16 assists, 36 rebounds, 2 blocks, and 73 points.
“I am very happy with how we played as a team,” said junior Ghenevieve Vasquez. The team worked very hard together to come out on top. “I think we are progressively getting better and always working on the little things,” said senior Jaiden Rodriguez.
The season is just getting started and the Lady Lion team is excited for what it could potentially hold. “We are working together very well, and this will help us accomplish the goals we have set for this season,” said junior Camryn Stanton.

By Tyler Seeley
New Deal’s Varsity boys’ basketball team faced Abernathy for the first time since January 30th of 2018. The game was played at a neutral site at LCU’s Rip Griffin Center on December 9, 2020. New Deal came out flat starting the game with senior Kyler Reed having New Deal’s only two points with a pair of freethrows in the first quarter. At the end of the first quarter Abernathy was up 9-2. New Deal battled back inthe second quarter scoring twelve points and holding Abernathy to only four points.
Going into half time, New Deal led 14-13. Defense seemed to be the focus the first half, and now the coaches wanted their teams to heat up offensively, which both teams did having their best offensive quarters with both teams scoring thirteen points in the third quarter. New Deal led by one point after the third quarter with a score of 27-26.The fourth quarter was a battle at the free throw line with New Deal going 4 for 9, and Abernathy shot 7 for 8.
New Deal unfortunately fell to Abernathy in this nail bitter with a final score of 39-43. Senior Tanner Seeley led the team with 12 points, while senior Kyler Reed was 3-3 at the free throw line. Reed said of the challenge and of New Deal’s 24 turnovers, “It was a good quality game against our old time rival. It was just fun to be out there and playing; we do have something to work on like turning the ball over, but these games will only make us better.”
With New Deal going 11-25 at the free throw line, senior Tanner Seeley said, “That is something that we are going have to work on for sure, but it was good to get some quality competition before our next game.” New Deal looked to carry this loss into their last Friday, December 11 game with 3A Roosevelt. Head Coach Kyler Bean said about the lessons they carried into their game against Roosevelt, “We need to get off to a better start and close out games at the end.”

By Bron Fitzgerald
The New Deal Lions played against the Whitharral Panthers in their first basketball game of the season on Monday, November 23rd the week of Thanksgiving, following their football playoff end. New Deal started off hot in this first basketball game with a very impressive show of the defense throughout the entire game.
The Lions showed their dominance on defense ending up with 44 rebounds and 14 steals. On offense the Lions would not be stopped from scoring, putting up an average of almost 20 points per quarter. As well as scoring, the Lions also moved the ball around great, ending the game with 14 assists. New Deal continued to play outstanding through the rest of the game with the final score being New Deal 72 and Whitharral 39.

By Charlee Whitfield
On Tuesday, December 7th th the Lady Lions competed in a rivalry game against Abernathy. This was a tough loss for the Lady Lions, but they learned that they need to improve in certain parts of the game. During the game the Ladies had a total of 8 assists, 33 rebounds, 4 blocks, and 36 points.
“I think that this game was good for us, and we learned some valuable lessons during this game,” said Ghenevieve Vasquez. The team worked very hard, but unfortunately they did not come out on top. “I think we need to work harder as a team, and just get ready for our next game,” said Jaiden Rodriguez. The season is in full swing and the Lady Lions are looking forward to future games. “We need to improve on some things to reach our goals,” said Camryn Stanton, and you know that’s on the slate for these ladies.

By Tyler Seeley
The boys’ basketball season started on Monday, November 16, 2020, after the conclusion of the 2020 football season. After going 16-8 in pre-district games and 8-2 in district play last season, these Lions look to grow fromlast season. Varsity Head Basketball Coach Kyler Bean said that he was looking forward to being together as a team and competing each day.
After finishing as District 4- 2A runners-up last season behind Floydada, senior guard Tanner Seeley said, “We are going to carry that chip on our shoulder all year long, but I’m optimistic that we can be district champions this year, if we work as a team.”
They won’t be taking anything for granted in this unprecedented year, but one thing that still remains the same is their goal to win a district championship and a deep run in the state playoffs. 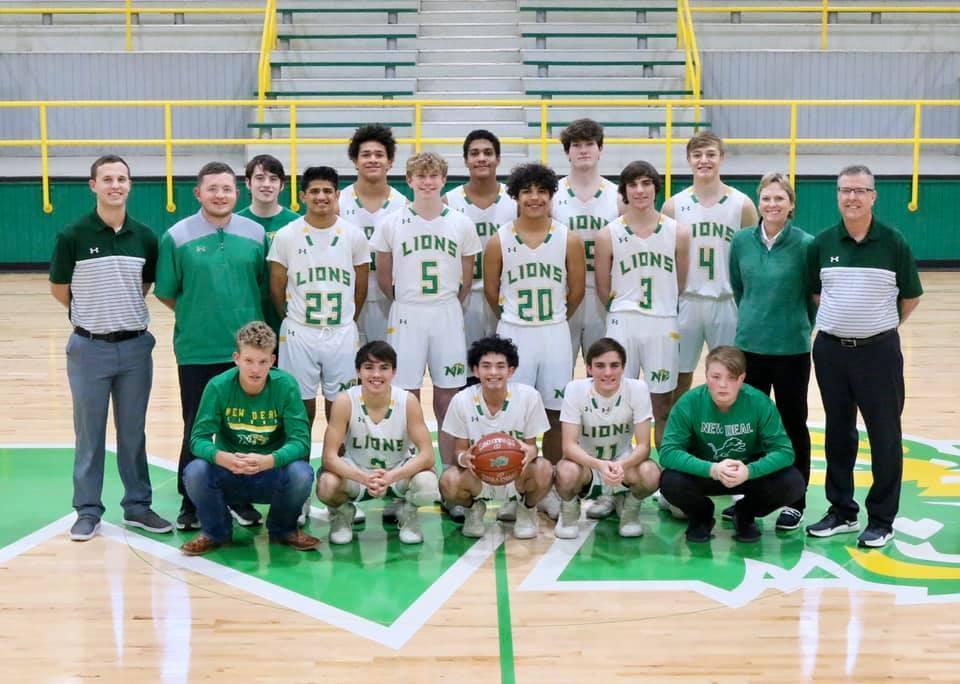 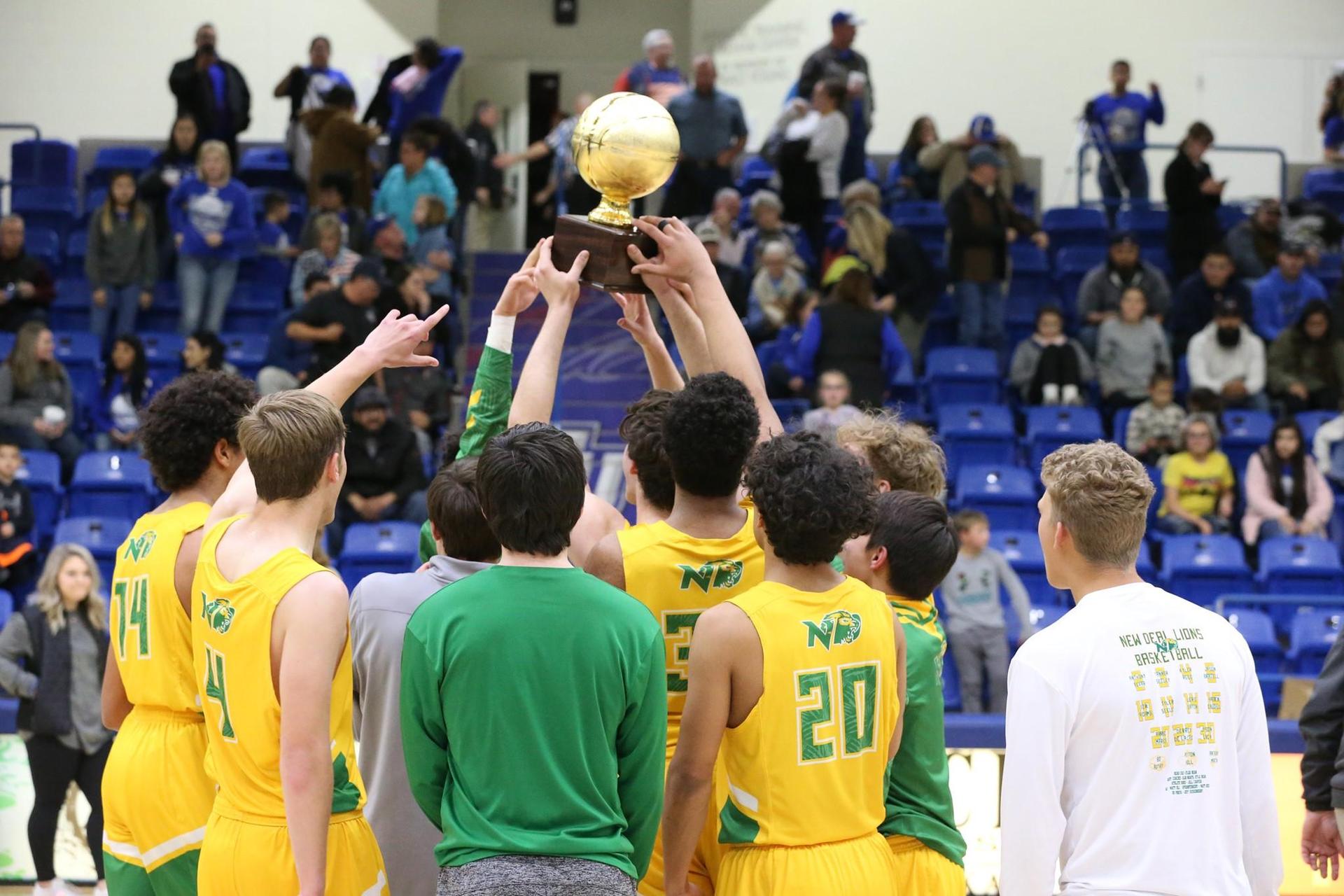 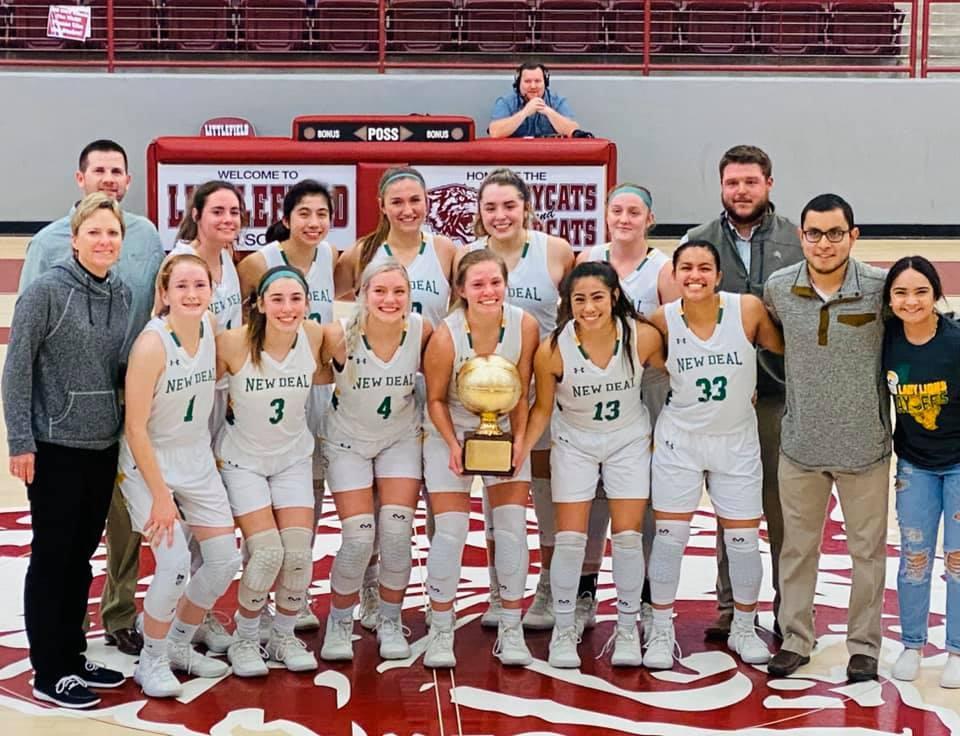 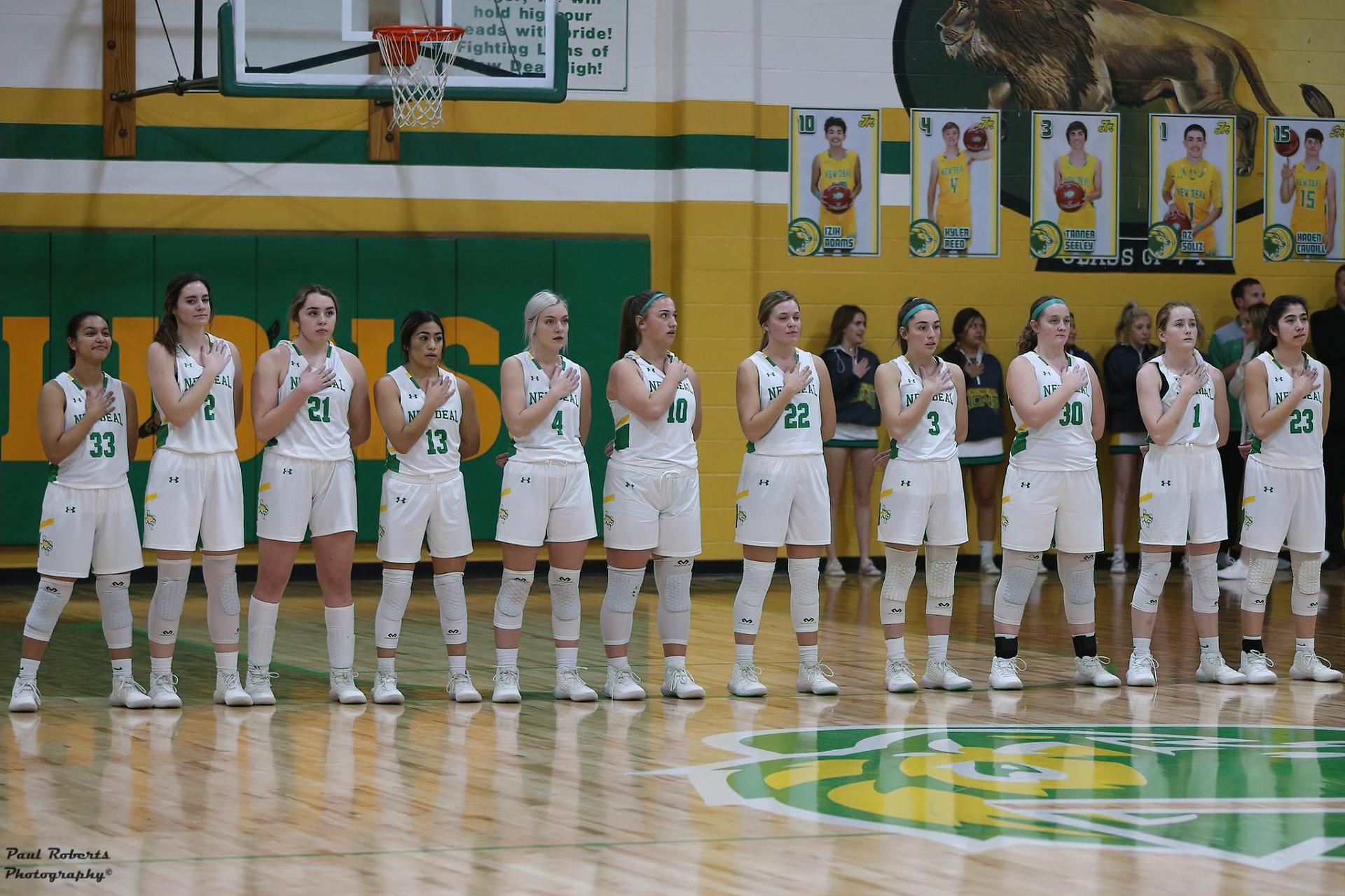 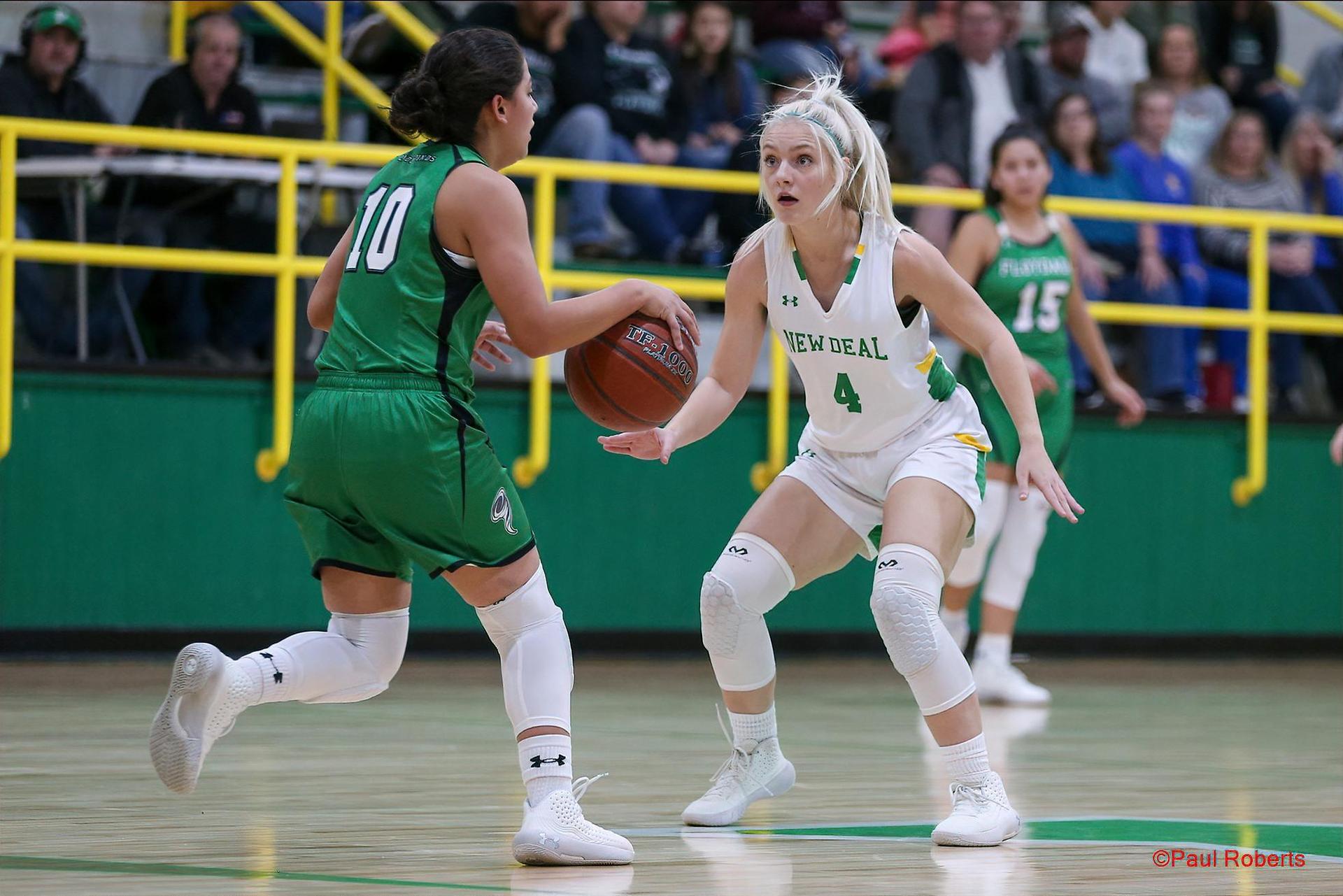 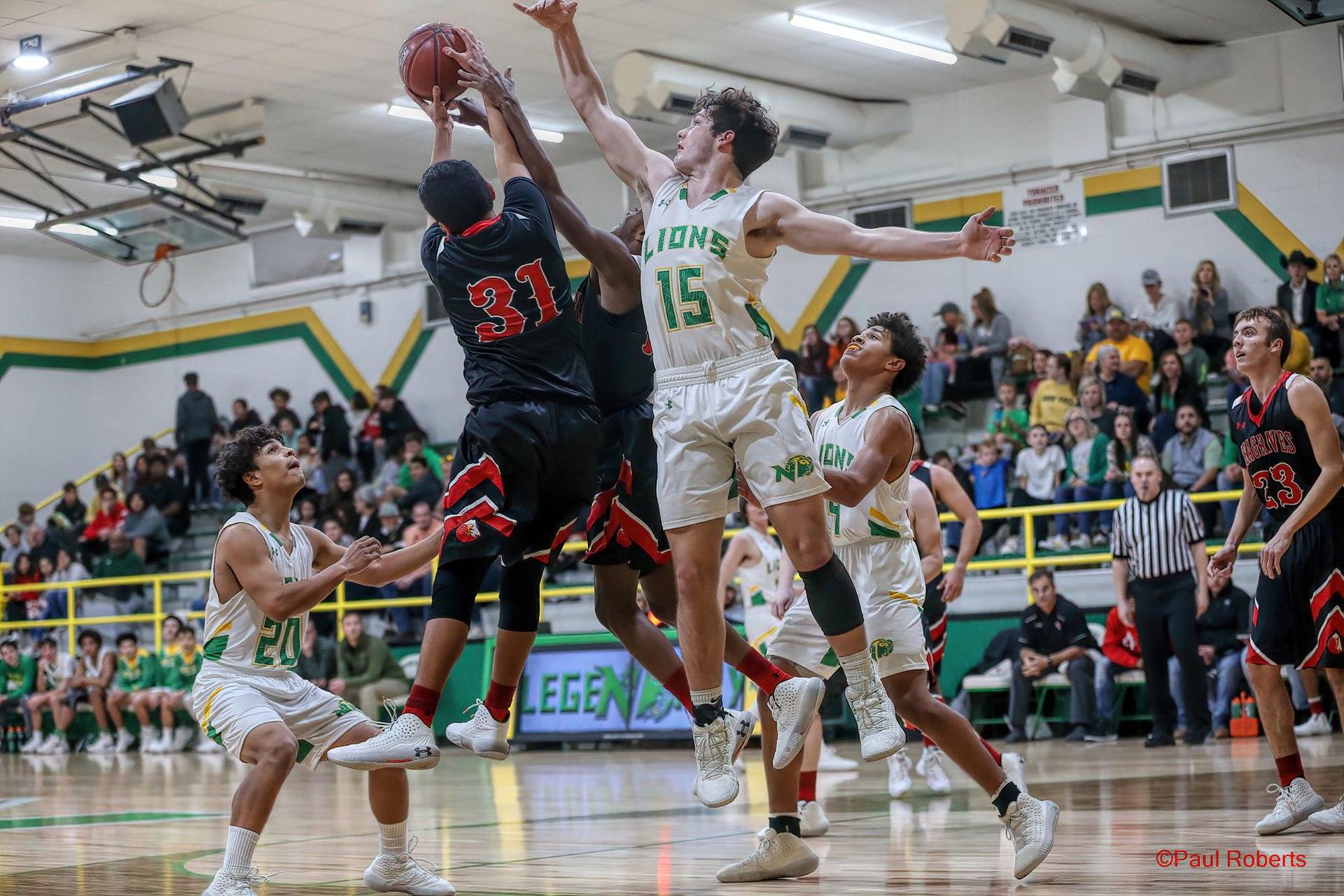 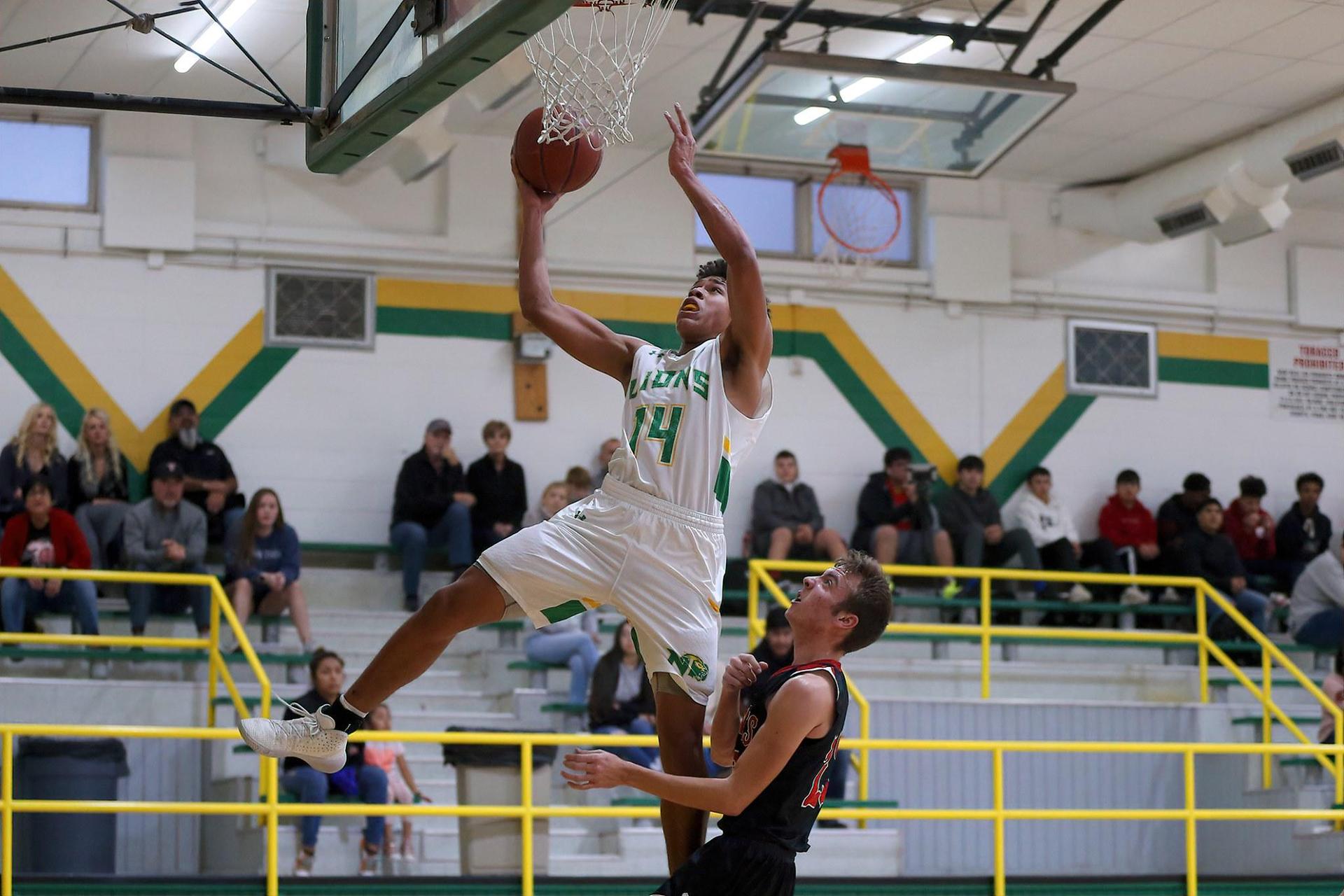 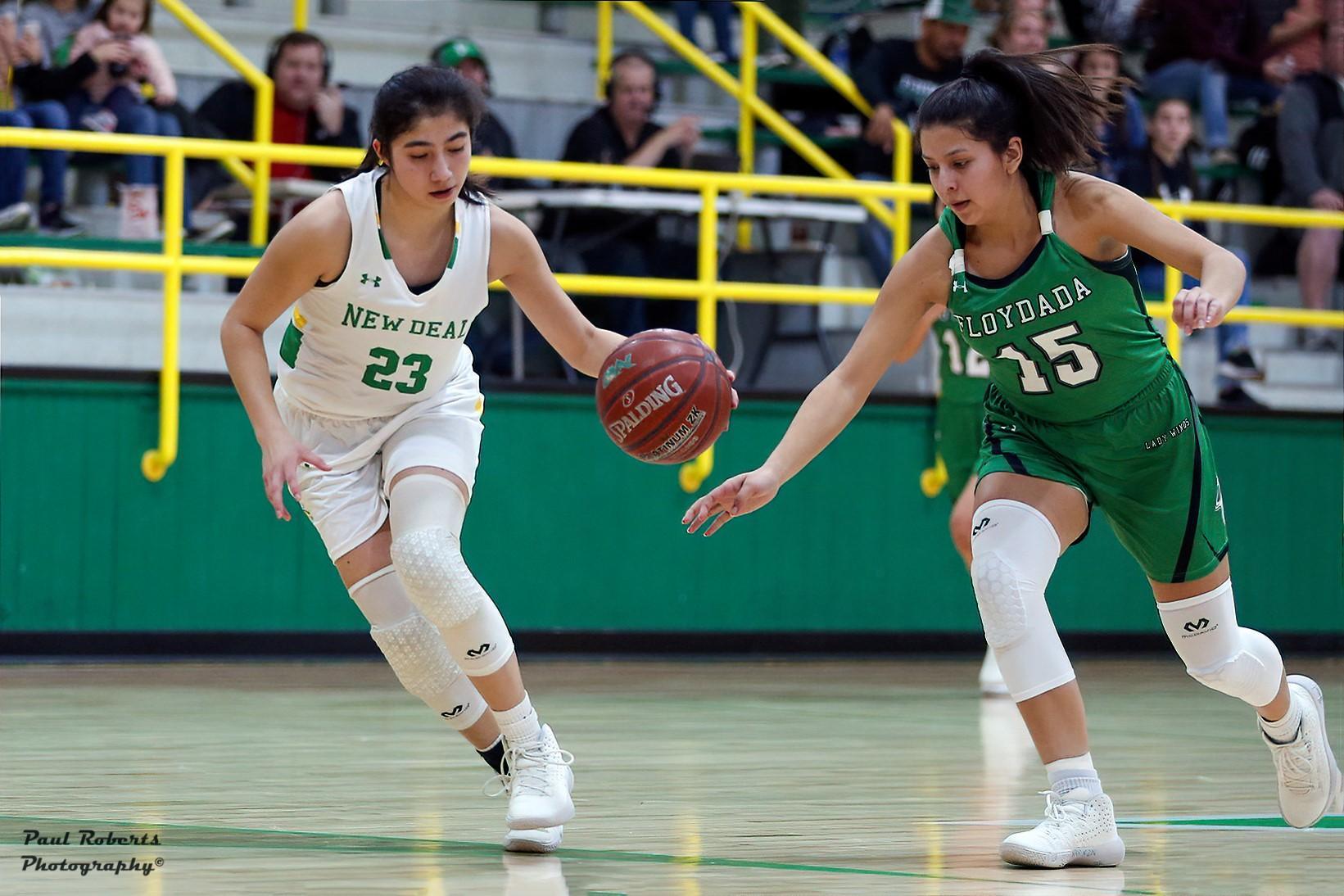 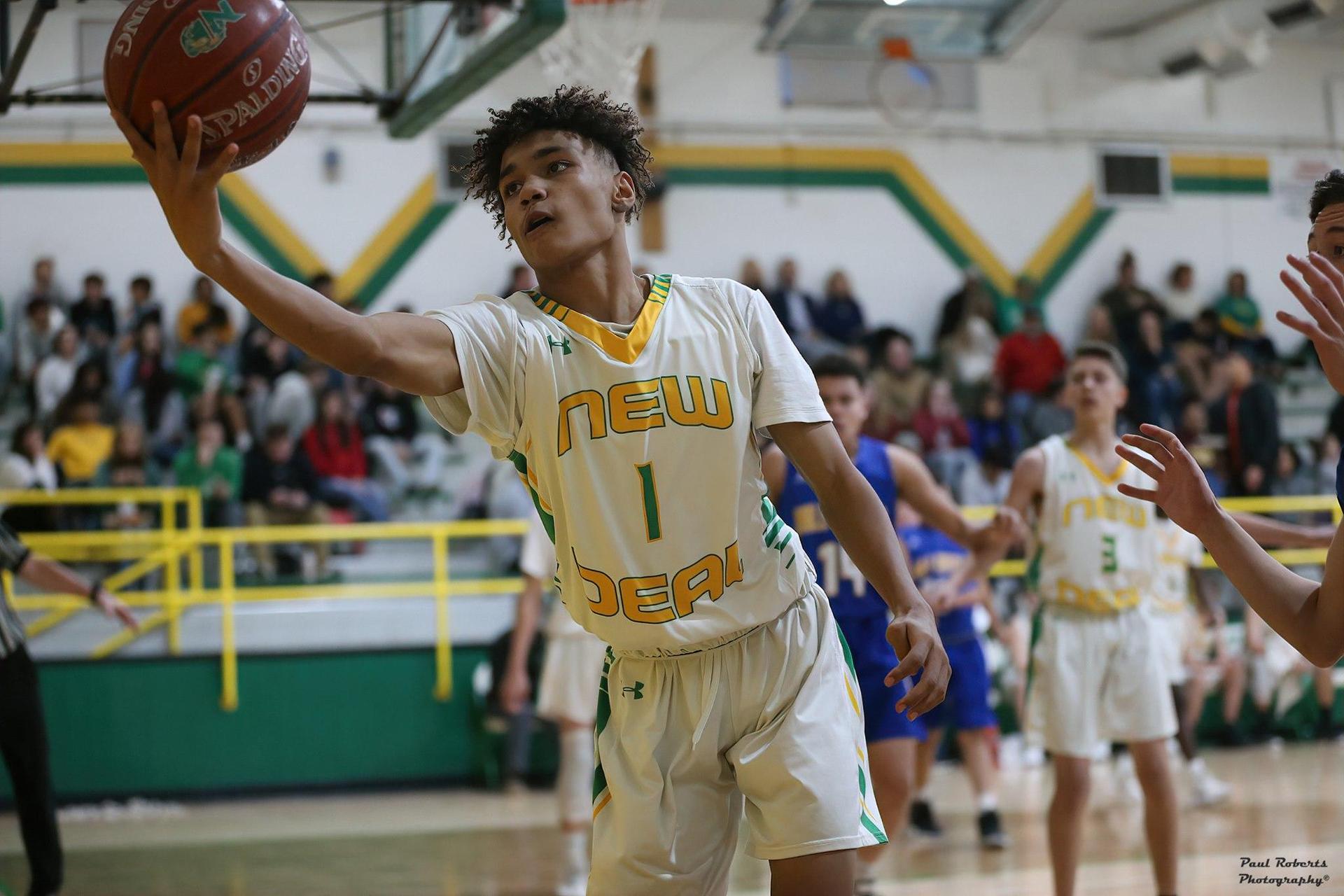 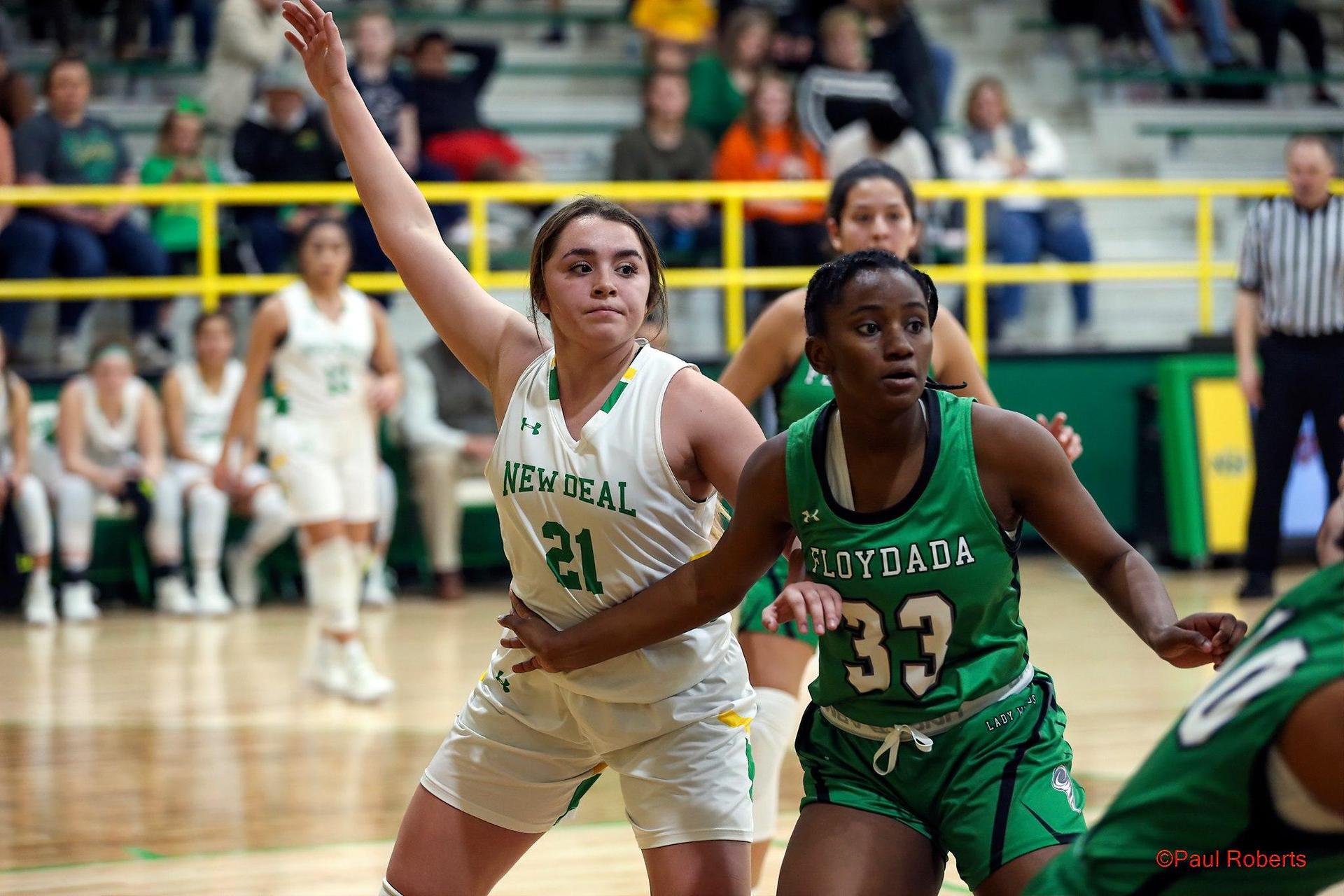